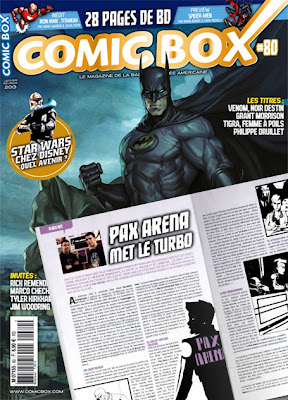 Merry Christmas everyone and a thousand thank you for your support!

Original Comics is a new website specialized in the art for sales. Lot of great people (Madureira, Ramos, and so many others) and great pages, and I have the chance to be part of it.

So if you are interested in buying one of these Vic Boone pages below, you can buy it there!

Not only did I realized the cover of Scarce 78, you will find inside a full page speaking of Vic Boone and my graphic style, thanks to the great Xavier Lancel. (French only) 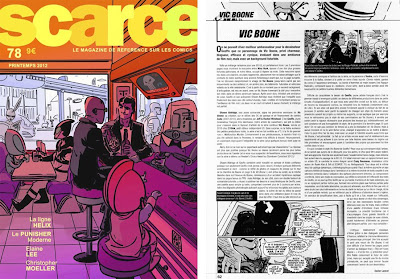 To order Scarce (7,5€+ shipping): Scarce blog or a signed version by myself (I have a few copie left): geoffoarto[at]gmail.com.

I also still have a few copies left of the Vic Boone TPB (15€+ shipping), same mail to contact me. 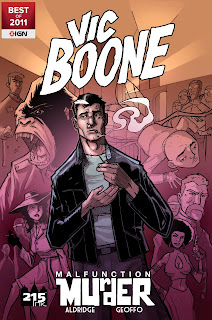 Eventually, there is an article of Pax Arena in the new Comic Box, to be continued in a next post...

Thanks everyone for your support, this was a great experience and Pax Arena will come back in the first semester of 2013.

But Mast and I will be back before that. With colors this time. 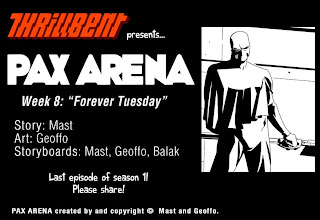 Final double-sized issue!
Hope you'll enjoy it feel free to leave some comments and to share! 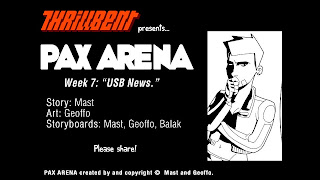 A bit late on the blog but not on Thrillbent. 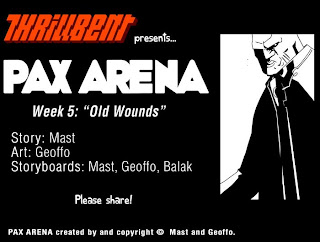 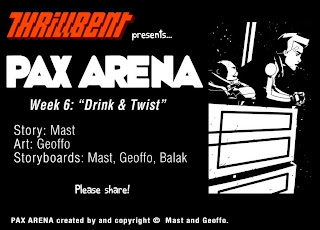 Also, Mast and I finally had the chance to meet Mark Waid, great moment. 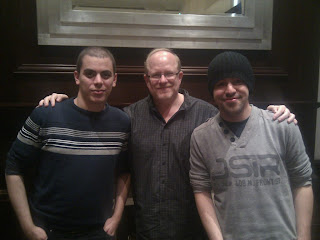 Being at the Paris Comics Expo made me skip the week 03. 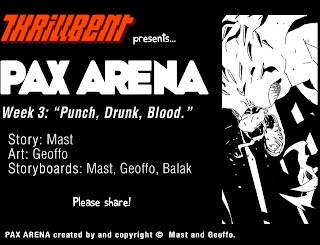 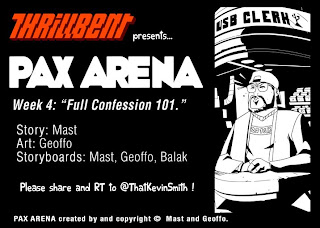 And here is a sneak peek of what I did during the PCE (which was great): 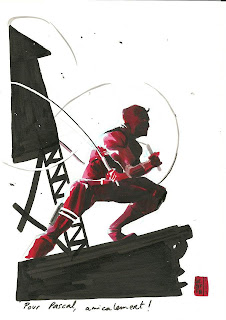 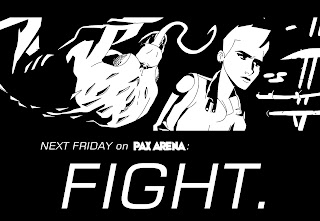 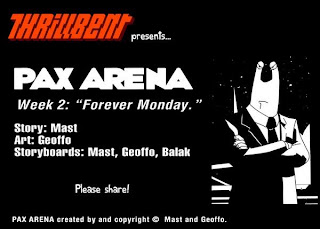 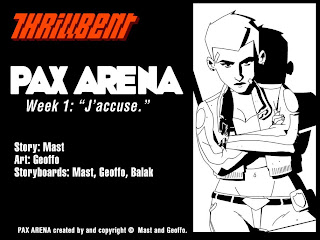 Murder on Pax Arena! One of the space station’s accountants has been killed. Agent Zoë investigates, sure that Pax Arena’s very own administrator Kelvin Palance is involved.

Here is the 3d and last animation I did for my school. And since it was the last, we tried something more experimental. A very great experience, both professionally and personally, with a lot of questions we wouldn't have on a figurative one. So, yeah, good one.

But I won't do it everyday.

Here is one of the reason why I haven't posted much recently (and unfortunately this summer as well). 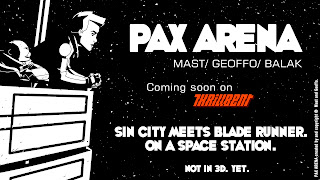 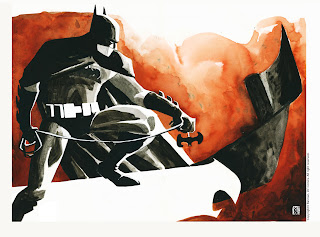 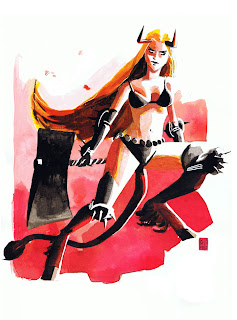 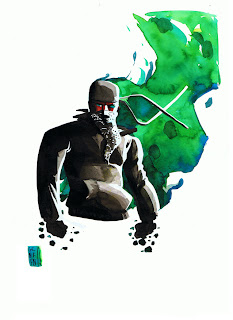 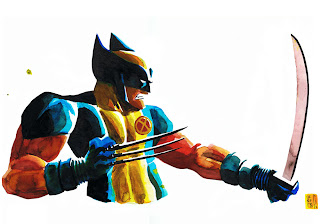 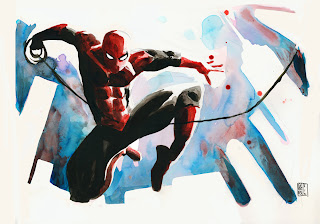 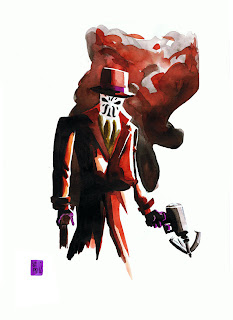 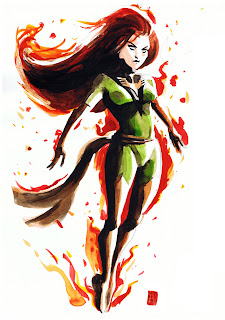 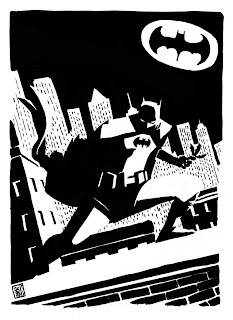 Here is one of the reason why I haven't posted much recently. LISAA stuff.

The other reasons will be known this summer/ in September. But I will post more, for real.
Aucun commentaire:

I will be attending the French Comic Con from the 5th to the 8th of July. Commissions (starting at 20€) and an exclusive look to my next projects will be there!I'm also open to commissions before the Con, with cheaper prices than during the Comic Con! If interested, you can contact me at geoff_bl[at]yahoo.com.
Je serai présent au Comic Con du 05 au 08 juillet.
Commissions ( à partir de 20 euros) ainsi que quelques exclusivités sur mes prochains boulots seront aux rendez vous! 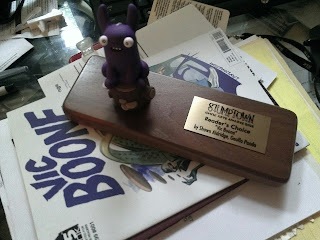 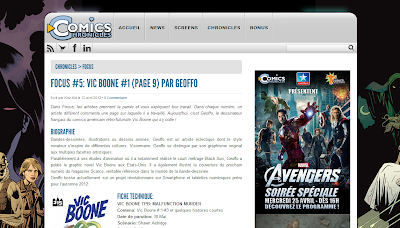 Comics Chronicles is a french nice blog about comics which offered me to describe my way of working on a page.
So I picked a Vic Boone page, and you can see the french version here.
Here is an english translation, without the nice interface:

Comic book, Illustration or animation, Geoffo is a multi talented artist with an innovative style based on differents cultures.
Visionary according to some, Geoffo makes the difference with his original and multifaced graphism.
In parallel to his animation school where he did Black Sun, Geoffo was published in the Vic Boone graphic novel in the United States. He also worked on the next Scarce cover, a french comic book magazine considered to be a reference in the world comic book field.
Geoffo is currently working on a revolutionary project for smartphone, Iphone Ipad and digital tablet that will be available in Autumn 2012

Former daredevil Vic Boone is a private investigator in a world etched by the science fiction of drive-in movies and early Hollywood. It’s a landscape of robots, ray guns, and regular Joes. But whether his client is a beautiful socialite or a brain that wouldn’t die, Boone is out to get the job done no matter how bizarre.

This is the page 09 from Vic Boone # 01. The first 3 sequences introduced the character as a private investigator, the sci-fi universe and its unhabitants (bad guys, fly man, robots and so on), while this new sequence brings the reader to the past and a more tormented aspect of Vic.
Shawn's scripts are clear enough to give a straight direction and yet they allow the artist to put his touch, or even add some panels (like I did with the first 3).
This page contrasted with the colored and rich aspect of the universe, and that's why I specifically push further the graphic contrast between black and white.
Thus, Vic sometimes appears only as a mere silhouette. 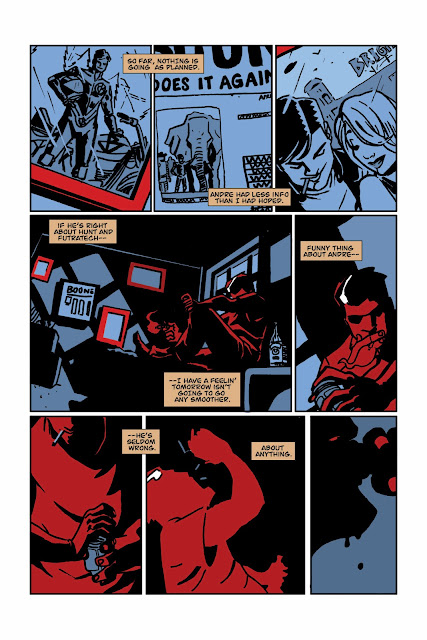 SHAWN SCRIPT: PAGE 08 ( 4 PANELS)
Panel 1: Boone sits on his bed, smokes a cigarette (hangs from his mouth). Nightstand next to it has a small glass of whiskey, bottle of pills, alarm clock, ashtray. The bedroom is moderately furnished. Not messy, but not overly clean. Bachelor pad. On the walls and dresser are a few pictures from Boone’s dardevil days.
Caption: SO FAR, NOTHING IS GOING AS PLANNED. ANDRE HAD LESS INFO THAN I HAD HOPED, AND A GOOD NIGHT’S REST WAS DELAYED BY THOSE RAYGUN DUMB%$*#.
Panel 2: Boone opening bottle of pills. Caption: IF ANDRE IS RIGHT ABOUT HUNT AND FUTRATECH--I HAVE A FEELIN’ TOMORROW ISN’T GOING TO GO ANY SMOOTHER.
Panel 3: Boone throwing pills into mouth. Caption: FUNNY THING ABOUT ANDRE-- Caption: --HE’S SELDOM WRONG.
Panel 4: Boone taking drink of whiskey. Caption: ABOUT ANYTHING.

PANEL 01 TO 03
The first 3 panels I added gives a solid past to Vic.
First and second panels are the symbol of a golden age, while the third one shows a past love.
In other words, theses differents elements are linked to a happy period of his life that he doesn't have any more.

Panel 01: "official" picture, showing both his costume and his motorcycle, so I used a knee shot
Panel 02: newspaper article, giving him a "legitimate" aspect, thus the importance of showing the title and some paragraphs.
Panel 03: close-up on a more intimate picture, far from the limelight. It also shows that he didn't always have his white streak. Family or past love, her simple presence on the picture emphasizes that the was important to Vic at some point. 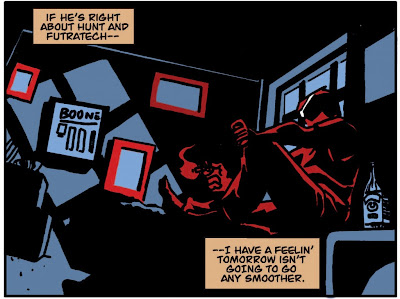 A long shot panel which highlights the poor environment of the character, and thus his loneliness. Cigarette and alcohol contributes to this depressing atmosphere.


This is the only panel with background of the scene.

We focus on the bottle of pills melted with alcohol. The absence of background, the strong graphic constrast and the close up deepen the darkness of the scene.
To my mind, this page is my favourite (along with the 04 which shows the city), because from a graphic and narrative point of view I could stylised much more to create a strong atmosphere.

To conclude, this graphic "freedom" that Shawn and 215Ink allowed me to have during the whole mini serie helped me to bring a strong touch to this sci-fi universe, but also to slightly redesign the Vic Boone character, to give him more visual impact.
Indeed, I'm really glad to see the white streak that I designed gave birth to an "origin" short story about it (which is in the graphic novel) and his now definitively linked to the character design.

You can check more FOCUS on Comics Chronicles (notably one by Paul Renaud) here (french only).
Aucun commentaire:

I did the cover of the next Scarce, the very nice french magazine about comics, out in May! 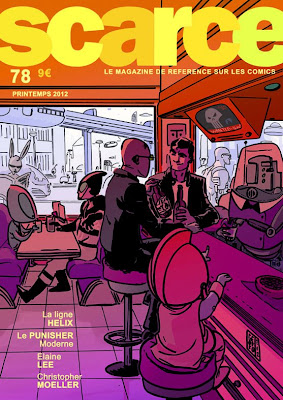 Vous pouvez le précommander dans vos comic shops préférés, ou via Gourvy!
Vic Boone TPB: Malfunction Murder with my 3 issues and some extra will be out on May 30th!PREORDER CODE: MAR12 1214You can pre-order it at your local comic shop!
2 commentaires: 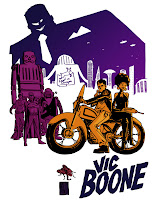